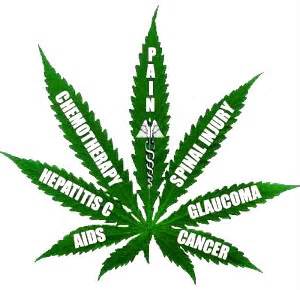 “With so much information coming out about the medical value of marijuana, and that marijuana is not as dangerous as alcohol, why was it made illegal in the first place?”

Looking for a history lesson

That is an excellent question. Now that many politicians and the public are taking a more objective look at marijuana, many are asking about the legal history of marijuana and how it ended up in the category of drugs deemed most dangerous by the federal government (Schedule I).

To understand how we ended up here, it is important to go back to what was happening in the United States in the early 1900’s just after the Mexican Revolution. At this time we saw an influx of immigration from Mexico into states like Texas and Louisiana. Not surprising, these new Americans brought with them their native language, culture and customs. One of these customs was the use of cannabis as a medicine and relaxant.

Mexican immigrants referred to this plant as “marihuana”. While Americans were very familiar with “cannabis” because it was present in almost all tinctures and medicines available at the time, the word “marihuana” was a foreign term. So, when the media began to play on the fears that the public had about these new citizens by falsely spreading claims about the “disruptive Mexicans” with their dangerous native behaviors including marihuana use, the rest of the nation did not know that this “marihuana” was a plant they already had in their medicine cabinets.

This method of controlling people by controlling their customs was quite successful, so much so that it became a national strategy for keeping certain populations under the watch and control of the government.

During hearings on marijuana law in the 1930’s, claims were made about marijuana’s ability to cause men of color to become violent and solicit sex from white women. This imagery became the backdrop for the Marijuana Tax Act of 1937 which effectively banned its use and sales.

While the Act was ruled unconstitutional years later, it was replaced with the Controlled Substances Act in the 1970’s which established Schedules for ranking substances according to their dangerousness and potential for addiction. Cannabis was placed in the most restrictive category, Schedule I, supposedly as a place holder while then President Nixon commissioned a report to give a final recommendation.

The Schafer Commission, as it was called, declared that marijuana should not be in Schedule I and even doubted its designation as an illicit substance. However, Nixon discounted the recommendations of the commission, and marijuana remains a Schedule I substance.

In 1996, California became the first state to approve the use of marijuana for medical purposes, ending its 59 year reign as an illicit substance with no medical value. Prior to 1937, cannabis had enjoyed a 5000 year history as a therapeutic agent across many cultures. In this context, its blip as an illicit and dangerous drug was dwarfed by its role as a medicine.

Now that 23 states, plus Washington, DC, have passed medical marijuana laws, the public is questioning the utility of keeping marijuana under lock and key, especially in light of the racist and propagandized basis for making it illegal in the first place.

In just a few weeks, Florida, Oregon, Alaska and Washington DC voters will have the opportunity to put an additional nail in the coffin of prohibition by voting to legalize medical access in Florida and adult access in Oregon, Alaska and Washington DC. Changing the marijuana laws in these states and more to come is one of the first steps in dismantling the racially motivated war on drugs.

Dr. Malik Burnett is a former surgeon and physician advocate. He also served as executive director of a medical marijuana nonprofit organization. Amanda Reiman, PhD, holds a doctorate in Social Welfare and teaches classes on drug policy at the University of California-Berkeley.

HOUSTON – Supporters of medical marijuana are using the Super Bowl as a platform to urge the NFL and the federal government to lift prohibitions against the use of cannabis.

They contend marijuana should have a place in sports medicine as a natural alternative to opiates for treatment of injuries.

Currently, if an NFL player tests positive for cannabis, he can be fined, suspended or banished from the league.

Among those on the panel were former New Olreans Saints player Kyle Turley, who said he became addicted to opiods prescribed to him for injuries sustained as a college and professional player.

“Cannabis is not a cure-all for severe pain and all these real bad, horrific injuries, but you can deal with it better and you don’t get addicted, and you can walk away from this, like walking away from drinking coffee or Coke, or even pizza,” Turley said. “It just takes some willpower. I know what it’s like to come off heavy prescription medication. That was not fun.”

Turley was part of the panel at an event put on at the Revention Music Center called the “Cannibis in Professional Sports Symposium.”

The event was sponsored by Vapen, a company that produces marijuana extracts and inhalers.

I woke up yesterday morning the same as I do every day about 10 am and wandered out to the kitchen to fire up the coffee pot. As I was passing by the dining room table I glanced, as I do every morning, at the daily paper laying face up with the headlines easy to read. What caught my eye wasn’t the headline for the day but a teaser line at the top corner of the paper placed there to guide the reader to the story on a following page.

What I read on page two caused me to stop and consider if something I had heard and even said over the years had come true.

I read the story and it turns out people really are waking up to the potential of legal cannabis. It’s pretty much the same as legalized gambling. It’s good for everybody on many different levels.

Maryland is in the process of setting up its medical cannabis program and it is happening at a snail’s pace. People like myself wait patiently while the lawmakers and politicians drag their feet taking years to set up what took Colorado weeks to figure out. How to create and market legal weed.

How much pain does one have to be in to be considered “chronic” pain and what exactly does that term mean ?

Let me take a few minutes to explain my version of “chronic” pain.

When I was eight years old I fell through the ice on a small stream and almost froze to death. That was my introduction to pain that is explained these days with numbers. You know… the 1 to 10 scale anyone with chronic pain can relate to. It was the first time a Dr. ask me to describe my pain with a number. After I thawed out my number was an 8 in most places and a 10 in my hands and feet.

My next major source of lifetime pain came from a fifty foot fall I took when I was twenty. I bounced 3 times on the way down from a perch on a carnival ride I was working on, breaking something else important every time I bounced. More on all of these stories coming soon in a book.

The last big event that left me with a lifetime of miserable nerve pain was the direct hit I took from a bolt of lightning in 2001 which left me smoking and dead for 10 minutes in the remote camp my wife and I were in. It is true each of these events is a huge story by its self but for now I am sharing them to give my readers an idea of the amount of pain I endure 24 hours a day, 365 days a year so far.

Chronic pain is only one of many medical reasons people use cannabis and THC in one form or another. I would type the meds off my fingers to make a full list and I’m not even sure anyone knows everything to make such a list. The point is it is huge and growing every day.

Maryland is joining a growing list of states that have wised up to the fact that the money available to be made in taxes, research, marketing, and consumption are enormous and it is about time the citizens of Maryland enjoy the benefits of all that money and the free use of cannabis like the other five or six states that have had the gumption to go full-blown legal.

In closing I think it is safe to say that Hell is still fairly warm and “FREED WEED” is about to be a reality in more places including the Free state of Maryland.

Here is the full story from the Washington Post.

Love is our superpower. Meaningful conversations are our world.

Understand that the right to choose your own path is a sacred privilege. Use it. Dwell in possibility. Oprah